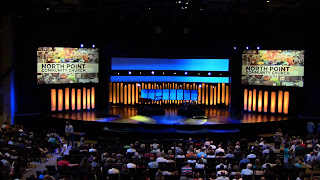 This past Sunday our church had an opening song that was great. An ensemble of ten very talented vocalists sang the Queen version of “Somebody to Love.” They did a fantastic job! I knew ahead of time how wonderful it would be so I showed up with my new camcorder. I got a fairly good capture of the performance.

Of course, I uploaded my capture of the performance to YouTube as any good video pirate does…

A New DVD
I bought a new DVD the other day. I was excited that I got it “fresh off the presses.” I told some friends about it. One friend wanted to borrow it so I loaned it to him “to watch.” He gave it back a week later.

Later I found out that he had ripped a copy to his laptop’s hard drive. He then used it as a part of one of his programs. I asked him why did he copy it and his reply was that he was “planning” to buy it.

I felt I had trusted him to not break copyright law by copying the the disk but he had. I felt my trust in him was betrayed.

Now, our church is Very Particular about copyright. They go to great lengths to protect copyrights. They pay much to the appropriate authorities to use and broadcast rights for the music that they do.

Once I processed what my friend had done, I realized that I had not been much different from my friend. I had broken my church’s implied trust. I couldn’t be angry with my friend when I had acted similarly.