This weekend I’m doing 24 (See NPCC Production).
[Update: The videos are HERE [[Double Update: they seem to have removed the videos]]. We did the one â€œSpace Colony M301â€³ (Gladiator as Sci-Fi). [[Somebody uploaded our video here.]
Next weekend I’m shooting video of a good friend son’s wedding.
The weekend after that I’m going to Pittsburg, PA with friends for a convention.

Then I have a weekend with nothing planned [how did that happen? Let’s see how I can fix it :-}]. 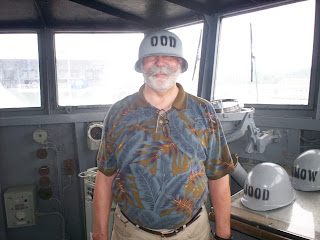 In May, a very good friend Tim and I went to Charleston, SC. We did the guy-thing and went the Patriot’s Point where they have the Navy ships. Tim and I climbed all over the aircraft carrier and the WWII destroyer.

We had a great time together.